The A15 motorway in the Netherlands, between the Maasvlakte and Vaanplein, was reconstructed during the period 2010 – 2015 to improve the flow of traffic and to optimise safety. The road has been widened over a distance of 18 kilometres, and 12 new engineering structures have been built. The project was carried out by the consortium A-Lanes A15, consisting of Ballast-Nedam, Strukton and Strabrag.

The most impressive part of the project is the new Botlekbrug (Botlek Bridge), which is now one of the largest lifting bridges in Europe. The bridge replaces the smaller steel bridge, and has two bridge openings (navigational passes) rather than one, and is higher, which means that the bridge has to open less frequently. 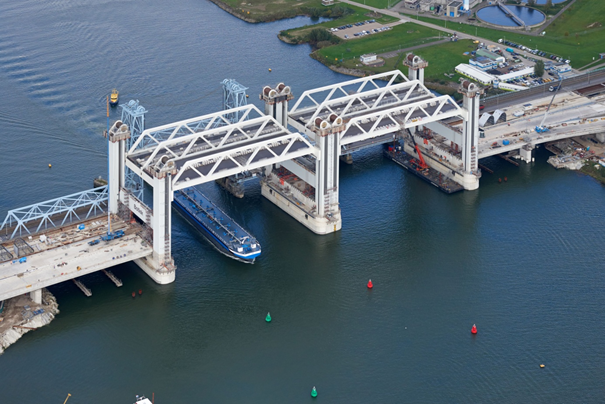