After completing his technical secondary education (Soil, Road & Waterway Construction 2002) and his Bachelor’s Degree (Civil Engineering, 2005) in Amsterdam, Dennis graduated in 2008 from the Technical University of Delft with a Master’s Degree in Civil Engineering. The title** of his graduation project was:  ‘Research into the application of sustainable energy to allow the ‘Afsluitdijk’ [closure-dike] to satisfy the current safety demands of  primary flood defences’.

In 2009 he started as a geotechnical designer for one of the largest construction companies in the Netherlands. By working on many large and small projects, he has developed as an all-round experienced consultant in geotechnics. He has in-depth knowledge in the areas of foundations, earth-retaining structures, soil settlement, pile driving and vibration feasibility, and has carried out measurements on-site including Pile Driving Analysis. Examples of successfully completed infrastructural projects include the A12 motorway from Zoetermeer to Zoetermeer Centre, the A15 motorway Maasvlakte-Vaanplein and the N31 Ringroad around Harlingen. Dennis has also been involved in projects outside the Netherlands, including the expansion of the State Oil Refinery in Surinam (static and dynamic pile testing) and off-shore wind turbine projects such as ‘Butendiek’ (feasibility analysis for pile driving). Beyond his project activities, Dennis has taken an active role in the CUR Committee: ‘Accessibility to building-sites – Geotechnical  load-bearing capacity for foundation machines.’ In this way, he has contributed to the Committee his practical expertise and experience in regard to foundation machines.

In October 2016, Dennis joined the team of GEO2 Engineering B.V.  Dennis is a practice-oriented and technically well-grounded team-player. 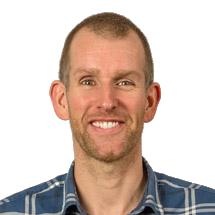